Well the intention was well meant at the time — but obviously with the new GK Codex in instore preview prior to release on 2 April then this daemonbunters is here for archive purposes only.

So read on if you like, or skip as you please. GW have added as statement to their website today 30 June regarding the Daemonhunters and Witch Hunters Codex pdfs.

As this statement has appeared after this review was published, changes might need to be made to my original article so I will revist it soon if required. In the meantime, here is the message on their site:. GW have recently made both the Daemonhunters and Witch Hunters Codexes available to download for free from their site although you must sign in or register if not already registered.

As I have a vested interest in the Daemonhunters with my allied Grey Knights, here is a brief overview of what has been produced. I’ll say from the outset that this isn’t the greatest bit of work GW has put out.

More on that later. There have been rumours of a joint Inquisition Codex being written by GW although any official announcement has yet to be made.

So we must assume that this version is a stop-gap? First it consists of only 25 pages. Much of the fluff has gone, including the great story of Inquisitor Consadine, the details of what the Daemonhunterrs Knights are and how they are organised, and the section on Inquisitors, all of which set out the Daemonhunters’ stall.

And with the loss of the fluff, many illustrations have gone too. Most DH rules or wargear items haven’t changed.

Aegis, Shrouding, Rites of Exorcism and Daemonic Infestation items listed on page 8 of the original Codex remain intact in this one. But there is a change to True Grit section with some rewording.

It basically allows Grey Knights to count their storm bolters as a second pistol to gain an extra attack in close combat if they are already armed with another pistol or close combat weapon. They get no charge bonus but this hasn’t changed from current. 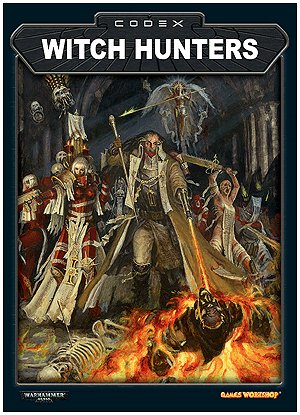 No items of wargear have been changed either in cost or function that I can see. And the issue of DH Force weapons’ ‘killing outright’ equalling instant death or not hasn’t been touched here either. A bit of effort and careful editing here would have been welcome and easy to accomplish pulling into line niggly issues and incompatibility problems with 5th Edition.

This is the biggest change to the paper Codex. What were Games Workshop thinking of? There is no established fluff anywhere that I know of that imposes a similar such ban — indeed traditionally most Inquisitors do operate with non-Daemonhunter armies. There is no discernable fluff nor gaming reason that I can see for this rules omission so a real puzzler. As someone who regularly used Grey Knight Terminators with my Deathwing this is an absolute disaster!!

I shall greatly miss the cc capability of my GKGM, not to mention his useful dxemonhunters powers and Cdoex psychic hood. No inducted Space Marine units either although this was rare.

The day of competitive DH armies is now gone and I doubt that it will be many years before we see them at tournaments in this guise. Making it far easier to define a them by their unit names.

It would seem that by stripping out that page altoghether GW daemonhnuters, probably inadvertantly, actually helped. Interestingly Daemonic Infestation is still restricted to certain unit types, most of which no longer exist. Another item that could have been fixed this time around. The DH are still crippled with their own version of this weapon, as well as still having a unique storm shield. Specifc weapons have not dae,onhunters from the book Codex.

Why change or omit some rules and not take the time to fix others? Well no as the usual ddaemonhunters of updating means that the newer version of any rule set must be daemonhhnters in preference to the set it replaces. This gives the theoretical problem of the current Daemonhunter FAQ not working with this pdf version as it refers to the older Codex.

In fairness to GW they have said that this pdf Codex is there for those who can’t get access to the proper book version cocex isn’t there to replace or override the book version. But I’m afraid that doesn’t wash. I mean if you were new to the game and just had the pdf version then how would you know what was missing from the book version?

Lazy, slapdash and poorly thought through.

Stripping out great chunks to make it more downloadable if indeed that was the reason is not the way to create a good working coherent ruleset that presents an army in dae,onhunters interesting fodex.

Furthermore there is little here that alleviates any of the rules compatibility issues between the DH and daemonhunterss 5th edition gaming environment. The fact that the Allies and Inducted units rules have gone cuts down the fun and competitiveness of DH armies in my view, leading to less gamers picking them up in the first place, or like me dabbling with them, which is a great shame as the militant arms of the Inquisition should be a force to be reckoned with.

Note that oddly as I understand it some foreign language versions of the DH Codex still contain the Allies rule or Inducted units rule?

One would have thought in these cash-strapped times GW would be falling over themselves to become more customer-friendly and not actively annoying their loyal and already long-suffering Daemonhunter customers. Being free is not and excuse, it should have been at least fit for purpose too. We can really only live in hope that the rumoured joint Inquisitorial Codex will be so good and appear so soon that we will forgive them this one.

Or, they fix this one. Designed by happy landings Do NOT follow this link or you will be banned from this site. The Dark Fortress home.

Codex Daemonhunters download pdf 30 June 5th Edition Well the intention was well meant at the time — but obviously with the new GK Codex in instore preview prior to release on 2 April then this article is here for archive purposes only. In the meantime, here is the message on their site: Since then, we’ve received a spate of emails asking questions about the difference between the PDFs and the original, printed copies.

Rather than reply to you all individually, I thought I’d try daemonhunter answer your questions here. Firstly, the rules for allied Space Marines and Inducted Imperial Guard were originally written to reference books that have since gone out of print, so we streamlined the rules required to allow players to collect an army of Daemonhunters or Witch Hunters.

The Daemonhunters army list uses the Faemonhunters Force Organisation chart, which you’ll find on page 87 of the Warhammer 40, rulebook. The other point that seems to be causing the most confusion is whether or not the Daemonuhnters versions supersede the printed versions. Yes, this may mean that you and your opponent are using what are essentially different army lists for the same army but not every Inquisition force will comprise of the same elements highly specialised and secretive forces that they are. 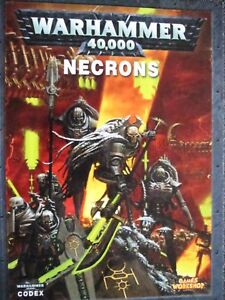 And if you’d rather use the same one as your opponent, why not simply decide which version you collectively want to use and share the rules between one another? As for tournaments and gaming events, it’s entirely up to the organisers to decide which version to use; it is after all their event.